Ever thought of pushing your V8 over the boundaries? If you have, then don’t even think of doing that when the AFM is in active mode. This is the point where you actually need to have a second thought on this question 'Should I disable AFM?'.

Though AFM was meant to save fuel while keeping the performance at a better level, things don’t always go as they were planned.

So, along with the one I’ve mentioned, there’re other reasons too that have pushed the drivers to disable AFM, and those are quite undeniable as well. If you feel like you should keep things raw under the hood and want to disable the AFM, then what I’m about to tell you is going to help you make that possible.

What Is the Purpose of AFM?

The AFM system has a different name, and it’s called the cylinder deactivation system. Those who are new to the concept of AFM or Active Fuel Management should know that it basically deactivates the cylinders.

To give you a broader idea of the term, let me elaborate on the term further. The AFM is a system that shuts half of your car/truck’s cylinders down when you’re driving under light-load condition. The less number of cylinders are being activated, the less fuel is going to be used.

Why Should You Disable AFM?

No tech piece we see around is perfect. More or less, something will always be missing. So, when I had to put the AFM on that scale of perfection, I found some of its disappointing sides too.

It’s quite obvious that AFM is preventing something on your ride or keeping it on hold. But just because you don’t need it now, doesn’t mean you won’t need it ever.

Want me to tell you in a bit more constructed way on why should you disable the AFM? Let’s talk about the reasons.

Sometimes, all you’re hungry for is SPEED. At that time, all you can think of is hitting the last digit on the speedometer. But can you actually run when you've got a rope tied on your neck? The answer is NO, obviously!

The same thing happens when you want to dominate the road with speed, yet you can’t, just because you’ve kept your AFM activated. So, when you think of getting your V8 back to its true speed-potential, it’s better to have the AFM disabled.

Keeping It Raw All the Time

A V8 is always a V8. But keeping your ride chained will never let you know how it feels when you run with the wind. Keeping things raw gives us a certain level of satisfaction, especially in the case of cars and trucks. But having an AFM in the car is not what I call being agreed to that.

So, if you want your V8 to give you the beast-like performance, then shutting down the AFM opens your door for that. The AFM keeps half of the cylinders deactivated, and it doesn't let the vehicle reach its true potential. This is why shutting the AFM down is important to return to that mode again.

Getting the Perfect Exhaust Note

A lion doesn't sound like a lion, till it roars. When you have a V8 under the hood, and yet it sounds like a normal car, you surely ain’t going to get that vibe you’re looking for.

Moreover, there’re drivers who have louder aftermarket exhaust installed in their ride. But with AFM, the exhaust note is just as good as a regular one. When you have one in your truck or car, you’d love to have that exhaust note too.

So, if you want it that way, it's better to switch the AFM off. Otherwise, you'll have to be happy with the 'not-so-loud' one. But I can't say the same if you love the gentle noise.

Getting the MPG to a Better Level

Some of the drivers have blamed AFM for pushing the car or truck’s MPG (Miles Per Gallon) to a lower level. When you’re facing something like this, shutting the AFM down can get you a better MPG while you’re on the steering.

The AFM is focused on saving fuel by keeping half of the cylinders deactivated. But when it’s causing you a lower mileage, it’s ultimately doing the opposite of saving the fuel. If you used to have a mileage of 20 without AFM, but now you’re getting 17 or 18 with the AFM, then it’s better for you to not have it turned on.

Based on certain conditions and models, the MPG variation can be high or low. But to eliminate that possibility completely, disabling the AFM is indeed a better option for you.

It’s an undeniable fact that the AFM is an appreciating tech to push fuel efficiency to a finer level. But every action has an equal and opposite reaction, so does every piece of technology like AFM. And this is why I thought of sharing my opinion on why should you disable AFM.

Under some specific circumstances, we often feel like shutting the AFM down. But that doesn't mean it will always end up in something catastrophic or negative for the ride. It's been proved that for achieving a certain outcome, shutting down the AFM is indeed the right call to make. AFM lifter lifter failure is another common phenomenon, will discuss it on some other day. 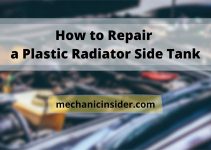 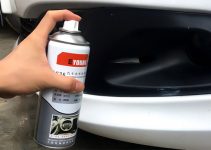 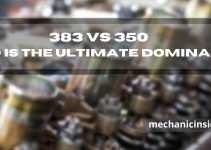