​When you’re grabbing a piece of tech for your ride, you’re not only paying for the benefits that’ll come along but also agreeing to deal with the drawbacks as well. Active Fuel Management, or what we know as AFM, is nothing beyond that genre as well.

So, today I’m going to share some aspects regarding AFM lifters that indeed will be helpful for anyone who’s struggling with AFM lifter for a while. So, if you’re on that list, just scroll down.

Like any other malfunction, its failure is caused by some specific reasons. The most basic and common reasons identified for this were the oil pressure issues and, in some cases, the control issues.

But if you need a bit more specific information on this, then there are three most common reasons I’ve identified so far for the AFM lifter failure. Let’s check them out.

AFM lifters require a good quality oil to work smoothly, and any degradation in its quality might lead you to unwanted circumstances. It's been seen that putting poor quality oil has led to the failure of AFM lifters. In such situations, you'll have no other option but to get the lifters replaced.

Lack of adequate oil will cause nothing but damage to the lifters, and it'll ultimately end up in failure. The sliding surfaces need enough oil to function or ensure a proper performance level. Otherwise, it can bring up some negative results, and I don’t think you’ll like them.

AFM lifters are parts of a vehicle that needs to function regularly. So, when it’s been continuously used, it can wear out for obvious reasons, and to be honest, it's something that you just can’t prevent. You might be able to delay it for a while, but prevention won’t be possible here.

How to Prevent AFM Lifter Failure

Sometimes you won’t find any problem with your AFM lifter, yet they will fail. Before giving you any suggestions on preventing the failure, let me educate you on something.

As I said, you can't prevent the lifters from failing forever. All you can do is keep it in a way where it can have a prolonged life.

So, I'll just tell you how you can prevent failure for a long time.

I've told you earlier what poor quality oil can do to your lifters. So, if you want to keep it in good shape, make sure the oil you’re using talks quality to the best. Otherwise, you can say goodbye to a smooth lifter function and wait for it to fall apart.

Metallic structures within a ride, especially the ones that are keeping the engine running, require liquid elements to perform efficiently and smoothly. In the case of lifters, you'll need to use a sufficient amount of oil over the sliding surface.

So, make sure that the sliding surfaces are getting enough oil to keep things unencumbered. It'll reduce the possibility of them getting torn and early failure.

If you want things hassle-free, then pick a good AFM disabler. The disabler will shut the AFM down when you don’t need it. If you use the AFM less, its lifters will be used less frequently, and that lifter won't be facing the 'wear & tear' any sooner.

The good thing about the AFM disabler is they're easy to use, take less time to get activated, and it’s possible to detach them instantly.

The most common reason for AFM Lifter failure can be attributed to the low oil pressure. But what if you can fix that up? To do that, all you need is to update the components that are affecting the pressure.

Once you update them with the new ones, not only can you solve the failure issue, but also you can minimize common AFM related problems.

How to Disable AFM without a Tune?

There are times when you need to get rid of the AFM on a temporary basis, yet you can’t, just because you don’t know how to do that. Most of the drivers you’ll see will ask you to go for a DoD. To be honest, it’s not entirely a bad idea.

However, what if you can disable the AFM without the tuning? Some of us like to get experimental with the AFM at times, and that includes searching for ways to disable it without a tune.

So far, I’ve seen two ways to get it done without a tune, and they are –

So far, the most effective and easiest way for disabling the AFM is by using an AFM disabler. There are two reasons why you should try it in the first place for disabling your AFM.

The first one is, it's easy to install. All you need to do here is plug it in and check the activation light. Once it's activated, your worries will rest in peace. As long as it’s in there, the AFM won’t be bothering you anymore.

The second one is, it’s easy to detach. When you need your AMF back to its normal state, you can just pull it out of the OBD2 port, and things will be the same as before.

If you disconnect the brake booster vacuum sensor, you’ll be able to disable the AFM. But then again, it works for a handful amount of vehicles.

However, this is not a full-proof plan to do that as you might have to see the check engine light on your ride.

Nonetheless, it’ll get your AFM disabled. However, to stay on the safe side, you better scan the car sometimes to check if your car is having any issue as you have the AFM disabled now.

It’s not easy to keep things in their finest shape all the time. But you can definitely prolong the durability through certain ways. Knowing how to prevent AFM lifter failure will help you increase the life of your lifters. Yes, you can't expect to use your lifter forever, but you surely can prolong its life. 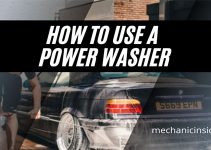 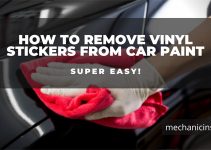 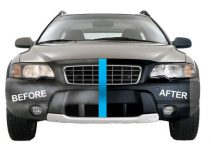