Engine performance is all that matters, right? Its efficiency is measured in power and economy. That's why we tried several modifications and added components like exhaust headers. Though it's the most difficult one to install, it eases the gas flow of the exhaust. But in reality, how much horsepower do headers add?

Exhaust headers provide a scavenging effect, and it helps to increase the engine's performance. There are also some debates on whether headers are better than exhaust manifolds.

Exhaust pipes come with the vehicle. They adjust the back pressure from burning the fuel and carry away the exhaust gas from engine stroke.

But the header is a slight modification in the exhaust system. It can decrease the backpressure due to ignition and increase the exhaust rate. As a result, you will get greater output than before.

The headers collect all the exhaust gas and reduce the restriction of the exhaust system. Therefore, the engine has significantly improved performance than before.

Typically exhaust headers come with larger diameter pipes because it helps to get rid of the muffler effect. The headers will be ineffective if the exhaust pipes are small and thin.

Do Adding Headers Affect The Performance?

Modifications in the engine are costly. And it's pretty apparent to think - is it worth it? And the question remains the same for the headers. They are also pretty tough to install.

But hey! Headers have effects on an engine's performance. They increase the exhaust rate and add horsepower to the engine.

You should know that the faster airflow increases the scavenging effect. Typically, the cylinder pushes the exhaust gasses outside, and the vacuum helps the piston move and fill the cylinder with gasses again.

But with the headers, the exhaust gasses can get out pretty quickly, reducing energy loss. And the gas fills in can also take place without any delay.

So, less energy loss with greater efficiency. On top of that, it increases the ignition rate, which is the main focus to increase engine horsepower.

When the speed of air dragging increases, more torque is produced, giving the engine more horsepower.

How Much Horsepower Do Headers Add?

Well, you have learned about performance enhancement due to headers. But without satisfactory numbers, all the hard work will go in vain.

So, how much horsepower do the headers add to the engine? The answer is a bit tricky because it mainly depends on the tube size and secondarily on the type of engine.

The long tube headers are pretty expensive and tough to install in your vehicle. Typically, long tubes add about 6 to 9 horsepower while the manifold is still on. But if you replace it completely, the long tubes can add about 10 to 20 horsepower to the engine.

Long tubes of headers mean the tube length from the cylinder to the collector. Longer pipes help with faster exhaust pulse.

They also help to maximize the scavenging effect. There will be less exhaust remaining in the pipes. In this way, the negative pressure works better to pull out the pulse from the cylinder.

That's how long tubes can put out maximum performance from the headers, which is a 10 to 20 horsepower add-on.

However, there's a catch in using long tubes. That's because the long tubes are pretty bulky and take a lot of space in the exhaust system. So, headers with long tubes are not compatible with every engine type. The combination won't match properly.

It works fine with the four-cylinder engine. But you might have to consider the manifold exhaust and long tube headers to stay installed in your vehicle because there's not enough space for both.

The term short is used to indicate the decent length of the tubes in the headers. They are not too short to be used in the headers. However, there are some good and bad effects due to this length. But first, the good part:

Short tube headers can add 5 to 15 horsepower to your engine with 20ft.lbs. torque at max. And it's a pretty decent power add-on to your vehicle. That means you will get a performance boost over your exhaust manifolds.

The short tube headers are pretty easy to install, and you might not have to modify much for the installation. On top of that, it costs less than the long tube headers.

They are suitable for a wide range of cars. You can even connect them with standard exhaust flanges, and there's no need to cut or weld. These headers are also compatible with four and six-cylinder engines. But you have to be aware of its diameter, and it will affect the exhaust rate and the scavenging effect.

When you can't install long tube headers in your engine to enhance the performance, you can easily use the short tube headers as a secondary option, and you won't be disappointed.

What About The Scavenging?

So much scavenging, but what is it exactly? The exhaust gasses are created after burning the fuel, and it leaves the cylinder immediately. Therefore, an exhaust stroke pulls in much fuel and air to burn.

In the meantime, a high-speed air pulse is created because of the exhaust stroke. A pressure difference is located in the tubes. The front area is high pressure, and behind it is low pressure.

This kind of pressure difference is responsible for creating a vacuum. And it pulls out more exhaust gas from the cylinder.

However, there are difficulties in creating pressure in short tube headers. That's why they have lower horsepower enhancement than the long tube headers.

Is Header Better Than Exhaust Manifolds?

Another question arises when you think about the power add of the headers. Are they better than exhaust manifolds? Both of them are designed to carry the exhaust gas from the cylinder. But the difference is in the construction and performance.

Exhaust manifolds are made of cast iron and use a single pipe to connect with each cylinder. The exhaust gas goes to the manifold pipes and enters the catalytic converter.

But in exhaust headers, a bunch of exhaust pipes is joined into the individual cylinder, and all of them gather into a large pipe chamber called the collector. And because of such an arrangement, massive flow dynamics and pressure improvement occur in headers.

Sometimes, back pressure is created due to imbalanced air and fuel ration. All the exhaust pipes in the manifold have to absorb it. But header pipes reduce the effect and increase the airflow.

It also increases the exhaust gas pulse cycle to create negative pressure to pull the exhaust gasses from the exhaust system. Therefore, headers are a far better choice in every way than exhaust manifolds.

Do Build Materials Of Headers Have Any Role In Performance?

Of course, the build materials play some role in the header's performance. Typically, the headers can be cast iron, stainless steel, billet steel, or titanium.

Nothing can beat titanium build headers when it comes to durability and higher strength. It's even more potent than stainless steel. Titanium headers can withstand high temperatures and pressure. They have a ceramic coating, and that's why they are corrosion resistant.

Though all these features are also available in stainless steel headers, titanium would have the upper hand.

Cast iron and billet steel headers are for selected vehicles, and they are pretty cheap. Sometimes they can't withstand prolonged exposure to heat and pressure.

Exhaust headers are a pretty good option to increase your engine's horsepower. Though the installation comes with a higher cost and handwork, the result will satisfy you and be worth every penny. Headers are an even better option than the exhaust manifolds.

Hopefully, you have learned how much horsepower do headers add after going through this passage. An enhancement of 10 to 20 horsepower is worthy of admiration. So, if you want, you can modify it a bit and install new headers to your engine. Ride like the wind, but carefully! 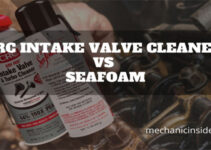 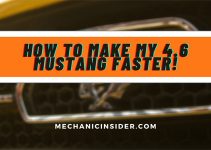 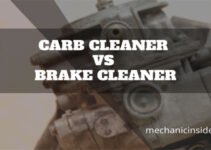