We are now in the world of hot-rodding, and in this world, no matter what anyone tells you, bigger is always better. The Chevrolet small-block engine has been around even before us, and it has been all the rage for quite a long time. But you can turn it into 383 strokers with just a few adjustments.

The main difference between 350 engines and 383 stroker crate engines is in the stroke of the cylinders. The length of stroke in a 350 is 3.48, and it uses 350 cubic inches of the engine.

After the transformation, the 383 stroker gets a longer stroke, and the engine displacement increases without bringing any change to the block’s size. The displacement rises from 350 cubic inches to 383 cubic inches.

Only a handful of performance modifications actually increase engine power and help the drivability simultaneously. This modification is one of them.

The 383 stroker crate engine has a considerable amount of low-end grunt, which in turn gives our vehicle more torque and low-end throttle responses, which are very helpful for big loads. There is also a reasonable possibility of seeing an improved mile per gallon (MPG) due to the increased torque.

This should tell us the basics of what happens in the transformation. But, if we want to know more about this transformation in detail, we can do that as well. Besides, it is good to know about any ventures in detail before undergoing it, and transforming car engines are no exception to it as well.

But first thing's first, we're leaving some basic info about both the engines for the beginners .You can simply jump over if don't think it's necessary. Note that it's a must go through for the beginners.

The Chevy 350 is also known as the Chevrolet Small-block engine. It is a series of V8 engines that were used in production by the Chevrolet division of General Motors Company.

As its name suggests, this chevy crate engines use a small block V8 with a 4.00-inch bore and 3.48-inch stroke. It can draw up to 350 cubic inches of fuel in one cycle.

This engine’s horsepower may vary from 145hp to more than 370 hp depending on the make, model, and year of the car.

Even though the crate engine chevy is excellent for towing with a torque rated up to 380 feet-pound, it is not very economical in terms of fuel. Depending on the compression ratio, it might be necessary to supply premium fuel.

This engine crate utilizes an altered crankshaft to generate more power and torque from the same compact block as the 350 engines. Because of its stunning powerhouse performance, the 350 is longer the center of attention but the 383 stroker motors.

The 383 stroker engines can draw up to 383 cubic inches of fuel in one cycle, from which it got its name, and now it has taken the place of the industry leader.

What do we need?

There are some powerhouse 383 stroker kits available to help smooth our process.

We will not review any particular products here and move on to the final stage and talk about how to do this transformation.

The stroker kit for 454 was used earlier for displacement escalations, but we can also use the 350 stroker kit. And if you cannot do it by yourself, take the help of a professional.

Although some enthusiasts may prefer to know how to build a 383 stroker on a budget, and some may prefer using the best 383 stroker kit, we shall be focusing on a more generalized approach today. We are going to talk about what to do in a step-by-step process. Let us get to it then.

First of all, we have to purchase a 383 stroker crankshaft, 10.5:1 piston set, and rod. We have to note that adding more stroke to our engine can raise our compression ratio.

The 383 stroker crankshaft became more popular than the 400 despite the larger bore. It is because of the comparatively thin cylinders of the 400. Because of these narrow bores, many 400 small blocks overheated.

This overheating even resulted in cracking the cylinders and turning the blocks into junk. So, only the crankshaft was left intact, and there were no other options but to sell it to a 383 builder.

So, even though the 400 cranks were very common 30 years ago, they are relatively uncommon now.

This is why it is very unlikely that we can find a 400 core at a lower price than a new aftermarket stroker kit that has gotten the necessary machine work. Because of these reasons, we have opted for the 383 strokers rather than the 400.

We have to set up a set of four-bolt main caps of steel, if we are using a two-bolt main block, over the center of the two crankshaft mains.

The next thing we need to do is to bore the block align and to bore the cylinders 0.030 inches over.

Do mind that this overbore is not to buy ourselves ore displacement but to help to enhance the airflow to feed the additional cubic inches or extra engine displacement.

Now, in order to reduce heat transfer and build power, we have to cover the piston tops with thermally insulating ceramic powder.

We have to install a set of modified L31 Vortec cylinder heads. We can always do it ourselves or take the help of a professional if needed.

If we want to take the assistance of a professional, we at least need to gasket-match the intake ports. We would also need to decrease the short-side turn.

The short-side turn is where the port begins to bend down towards the valve. Doing so would enhance the low-RPM airflow into the chambers.

We should also smooth the valve seat ridge in the bowl area, which is behind the valves.

Finally, we have to coat the insides of the exhaust and intake ports and the roof of the combustion chamber with heat-insulating ceramic powder coating for this step.

Even though this camshaft is far too gentle for a 383, installing a set of 1.7:1 rocker arms with its roller tipped will open the valves even 6,5 percent further.

Added with the port work we did earlier, on the high-flowing Vortec heads, will more than make up for the 9.5 percent increase in engine displacement.

For the final step, we are going to install a Vortec-to-carburetor conversion intake manifold.

We also have to install a 600-cfm carburetor. Then we need to institute a set of ceramic-coated, full-length headers with a GM HEI distributor with a multiple-spark discharge ignition box and 1.5-inch primaries.

And finally, we have to set up a water pump with the reverse flow and install the head-venting tubes behind the Vortec heads.

What happens in the transformation?

We know that the longer the stroke, the more the power. Also, because of the increased air and fuel due to the increased engine displacement, we get more power.

There is another saying that “There is no replacement for displacement.”

What happens after adding the altered 400 crankshafts? One may ask, as we have already said, that we get an increased stroke.

And this increased stroke has a bigger leverage arm. This more massive leverage arm allows the fuel combustion to apply comparatively increased pressure to the flywheel while the fuel intake remains the same.

Another change that we have discussed previously is the increase in engine displacement.

The increased cubic inches use more fuel and air in each stroke, and this increased air and fuel results in more extensive combustion, which in turn generates an increased amount of kinetic energy.

The increased piston speed results in increased efficiency of the combustion chamber. This also allows the engine to gain maximum airflow or maximum efficiency at a much faster rate.

As a result of gaining maximum efficiency at a much quicker pace, the engine can make its power at a comparatively slower RPM.

All of this creates more power and torque. Even in low RPM’s and is an excellent option for regular street driving. It is especially suitable for guys like us who want to have a little more fun.

Summing it all up

Even though transforming a 350 engine to a 383 stroker will cost us upfront, but it will save us money in the long run as the 383 stroker is more economical in terms of fuel. So, we should not hesitate to take this venture, and we hope this article can help you through the process! 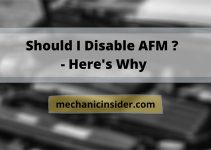 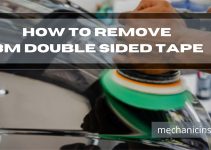 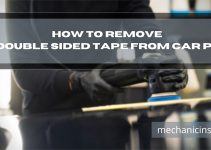