The fuel injection system is one of the most complicated parts of your Duramax engine. There are so many intricate parts to this machine and many things that can go wrong with it. The most common troubleshooting process is to check the fuel pressure.

The most basic way of checking your system’s fuel pressure is to use a fuel pressure gauge. First, connect the meter to your engine’s Schrader valve and put your engine in the run mode. Keep it that way for about 10 minutes. Now crank your machine, and you should be able to see what your pressure rating’s at.

Without having the proper fuel pressure, you can’t enjoy the thrill of riding a powerful engine. In addition, knowing the pressure rating can help you troubleshoot a multitude of problems. So, it’s good to know how to check fuel pressure on a Duramax.

There are a whole plethora of reasons why you can get a lower than average pressure rating. The fault may be in your fuel filter, pressure line, or even the fuel pump itself.

As your engine gets older, sludge starts to settle in it. This sludge deposit gets thicker over time and can clog the fuel filter. As a result, you’ll get a lower fuel pressure rating.

Other symptoms include a drop in your engine’s performance, misfires, and stalling. You’ll also see the check engine light flashing. So, once you see that light flash, it’s time to take your car to the repair shop.

As the problem gets bigger, your engine’s consistency will drop. As a result, it won’t be able to maintain its performance and will stall.

If you receive a higher than average fuel pressure rating, there are some parts you can look at. These parts include fuel line couplings, the fuel return line, fuel pressure regulator.

One of the common causes of getting a high fuel pressure rating is due to a faulty fuel pressure regulator. You can also tell that your FRPR isn’t operating correctly if it shows some other symptoms.

These symptoms include misfires, dip in fuel efficiency, and loss of power. If you’re experiencing such problems, you should get the regulator looked at and, if needed, get it replaced.

How to Check Fuel Pressure On A Duramax

Before we move on to the testing procedure, let’s just point out that the pressure should be around 2500 to 3500 PSI in the high-pressure fuel pump while cranking the engine to make the outlined test valid.

If your fuel system is in good condition, it should be able to produce maximum pressure while cranking. But, if you find that the pressure is low during cranking, or even worse, the engine won’t start, you’ll need to check the supply side.

First, stroke the hand pump. If the hand pump is initially soft but becomes hard in the next moment, check your engine’s cranking fuel rail pressure.

If the pressure seems okay, there might be a problem with the fuel supply line. In that case, running the following test will yield invalid results.

In contrast, if the supply side is working correctly, but you’re still not getting enough pressure during cranking, there are a few likely causes you can look at.

You can conduct this test to check the rate of your fuel returns. Before starting, you’ll need to disconnect the ignition relay. If you don’t know where it is, the relay is usually located in the fuse and relay panel underneath the bonnet.

Since the ignition relay provides power to the engine’s ignition system, it’ll shut down the Fuel Injection Control Module (FICM) once you turn that off. That way, no fuel injectors will be energized as you crank the engine.

In turn, you’ll know that the returned fuel is not a part of the normal injector bleed-off but, instead, all leakage.

Moreover, the Fuel Rail Pressure Regulator (FRPR) shuts off as you remove the ignition relay. And without the regulator to regulate the fuel pressure, it shoots right to the maximum pressure the engine can produce.

For this test, you’ll need the diagnostic service information, a scan tool with bi-directional controls. However, there’s a precondition to this test. You can only run this test if your engine runs.

When you start, keep the engine turned off. Next, open the bonnet of your car and locate the Schrader valve. Once you’ve located the valve, connect your fuel pressure gauge or fuel pressure tester, or scanner to the valve. Then, you can just twist it right onto the valve.

Check it for approximately 10 minutes and see if the system maintains the pressure. There might be a problem with the FRPR, fuel injectors, or the fuel pump itself if it’s not.

Next, you’ll see a vacuum line in the FRPR. Remove it, and the fuel pressure should jump right up. If it does, that means that the diaphragm is working correctly.

A faulty fuel pressure rating can mean several problems. Thankfully, by keeping up with the regular check, you can expose those problems early on and deal with them before these problems are set.

The Duramax engine is famous for its power. So, it’d be a shame to lose even a bit of its famed power. And knowing how to check fuel pressure on a Duramax also selecting the right fuel additive can help you in the long run. Hopefully, after going through our article, you won’t have any problem checking your Duramax engine’s fuel pressure rating. 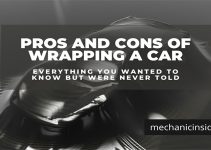 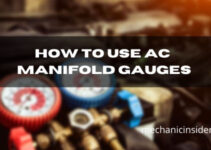 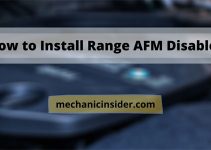