To get a comprehensive understanding of the differences between these two oils, you need to know about gearboxes and transmissions. While both these do the same thing, control the speed, the way they function is pretty different.

For those who are short on time, we’ve amassed the key points in this table. We understand that your time is precious. But if you’re looking to grasp the full idea and have time on your hands, we suggest that you go through the whole article.

Even if you’ve never driven a car before, you may have already guessed it from the name. This type of equipment rests entirely on the driver. Manual gearboxes come equipped with a shifter and a clutch pedal that the driver can use to change the gears manually.

This type of transmission system comprises a pair of shafts paired with a set of gears. And the driver has to use the shifter to set the gear and engage or disengage the pedal clutch.

While the earlier versions of the automatic transmission did include clutches, they weren’t exactly fully automated. Instead, you could call them semi-automatic.

The gears switch according to the engine’s demand in the automated version. While the gears in a manual gearbox are bigger than automatic ones, the automatic transmission includes more moving parts.

The manual gearbox employs a two-shaft system. As such, it generates a lot of heat and friction. As a result, the degree of force produced is comparatively greater.

So, the differential fluid or gear oil has to be able to ensure a smooth operation to prevent any damages to the components involved.

If you’ve ever seen differential oil, you must have noticed how thick it is. If you compare gear oil vs. engine oil viscosity, gear oil has a much higher density.

In terms of number and ratings, motor oil has a standard viscosity rating of 5W/30. But in contrast, your average gear oil can go around 75 or 90.

This higher viscosity is much needed for the differential fluid to ensure that the entire gear system is lubricated thoroughly. That way, the gears can handle the shock damage and friction that comes from its functionality.

Because of the two-shaft system employed by the manual transmission system, there’s a lot of friction between the components. As a result, the manual gearbox produces a massive amount of heat.

That’s why the gear oil can withstand the higher temperature and transfer the massive amount of heat away from the gear train. And it can do that without vaporizing too quickly, thanks to its higher heat resistance.

With a massive number of gears turning all the time, the manual gearbox constantly creates a lot of force. But even in such a condition, the differential fluid maintains its functions properly.

Moreover, some extreme pressure additives can help differential oil withstand even a higher degree of pressure. They help the fluid to maintain its stability and function properly.

Unlike their manual counterparts, automatic transmissions don’t have so much friction inside them. Instead, it has a lot of small parts that need to be adequately lubricated.

It’s only because of its lower viscous property that the transmission fluid can consistently maintain lubrication throughout the whole system.

Mush like differential oil, transmission fluid also needs resistance to heat. The only difference is the degree of it.

While both fluids act as a cooling agent in their respective systems, manual transmissions produce a lot of heat. So, differential fluids need to have an exceptionally higher heat resistance to take care of that.

On the other hand, there’s not much heat produced in the automatic transmission system due to the lower friction rate. As a result, while the fluid needs a certain degree of heat resistance, it’s comparatively lower than its differential counterpart.

Manufacturers equip transmission fluids with anti-foaming technology to prevent air from entering them. That way, the air bubbles can’t interfere in the power transfer process and keep the transmission running smoothly.

Can you put transmission fluid in differential?

However, you must remember that there’s a massive difference between the viscosity of transfer case fluid vs. differential fluid. So, it’s not wise to use them in the long term, or you may risk permanent damage.

What happens if I use the wrong fluid?

If you somehow end up using the wrong kind of fluid, be prepared for the world of pain it will cause you. Using the wrong fluid can lead to overheating due to poor lubrication and ultimately end up in transmission failure.

Even with the help of a mechanic, you may not be able to undo the damage. So, try to avoid this mistake at all times.

Can I put engine oil in my differential?

No! No! No! Absolutely not! You should never, ever put engine oil in your differential.

Unlike gear oil, engine oil isn’t designed to sustain high pressure. Instead, it has different strengths that don’t apply to your car’s differential and can put your vehicle at risk.

Can you mix ATF and gear oil?

Mixing different types of fluids isn’t advisable. While you can physically mix them, they may end up harming the machinery rather than doing it any good.

There are different types of fluids and oils available for specific jobs, and it’s best to stick to each particular use case.

While most people use the terms differential fluid and transmission fluid interchangeably, it’s better not to mix them up. They both practically serve the same purpose. But they have different designs which play to different types of system’s strengths.

The best rule is to check your owner’s manual and use the recommended one. And if you can’t, just go through the comparison between differential fluid vs. transmission fluid, and you should be good to go! 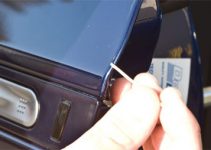 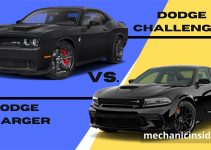 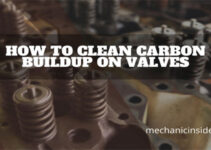